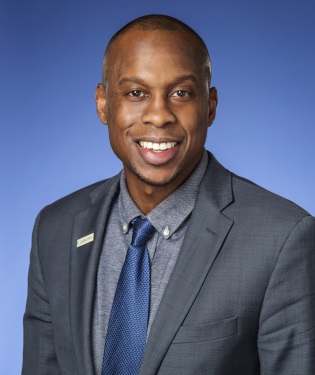 Mr. Johnson—a corporate attorney focusing on mergers and acquisitions, and a former Assistant Counsel to the Governor of New Jersey from 2010 to 2012—relies on his corporate training and experience to inform his comprehensive corporate practice. Helping business clients expand their markets and establish significant presence throughout the region, Mr. Johnson represents public and private companies, commercial banks, and governmental agencies in connection with mergers and acquisitions, stock and asset purchase transactions, securities regulations, corporate governance matters, credit facilities, public finance, contract drafting, cross-border transactions, and general corporate matters. He also has represented clients in negotiations with the New Jersey Department of Banking and Insurance for specific exemptions and obtaining certain licenses.

In keeping with his service to the state of New Jersey, he handles private placements matters for the New Jersey Division of Investment, and he is assisting firm client Rowan University in its complex, high-profile acquisition of the School of Osteopathic Medicine at the University of Medicine and Dentistry of New Jersey.

The components of Mr. Johnson’s practice include:

A Commitment to Diversity and Inclusion

As Chief Diversity Officer of Gibbons P.C., Mr. Johnson is responsible for overseeing the Gibbons Diversity Initiative (GDI), developing and supporting various platforms to promote and achieve a broadly inclusive workforce and workplace through ethnic, gender, and other forms of diversity. As Chief Diversity Officer, Mr. Johnson also focuses on strengthening GDI’s effectiveness, reach, and impact on the legal community by directing strategies to enhance both the internal components of GDI – training, mentoring, retention, and innovative programming – and its external components, encompassing industry-wide thought leadership, pipeline programs for the profession’s future leaders, engagement with like-minded business associations, community outreach, and supplier diversity.

State of New Jersey Office of the Governor: Assistant Counsel

Mr. Johnson was responsible for advising Governor Christie on numerous pending legislative and regulatory issues, coordinating with state legislators, department commissioners, and lobbyists to obtain the most comprehensive picture of the matter at hand. He also dealt frequently with the Department of Banking and Insurance, Division of Consumer Affairs, Division of Alcohol and Beverage Control, Department of Military and Veterans Affairs, and State Law Review Commission. In addition, Mr. Johnson advised the Governor’s press offices on the many media inquiries received, explaining details and providing substantive information pertaining to certain issues in which the press was interested.

Mr. Johnson was highly instrumental in guiding the Governor’s decisions regarding important legislation and facilitating that legislation’s redrafting and passage. His role included studying any piece of legislation proposed by the Assembly and/or Senate, evaluating its potential ramifications, meeting with both legislators and lobbyists to determine pros and cons, explaining it in detail to the Governor, recommending changes in line with the Governor’s agenda, redrafting, and returning it to the Legislature for eventual passage. Among the more influential pieces of legislation in which he had a hand was the NJ PIP (Person Injury Protection) Law and the Out-of-State Winery License for Direct Ship Wine Sales to New Jersey Law.

Mr. Johnson handles M&A transactions for numerous clients, including, for example, a Danish food conglomerate that sought to expand its U.S. operations through its U.S. subsidiary in a recent acquisition of another major food industry company based in New York. The resulting company is expected to generate annual revenues of $160 million. He helped negotiate the details of the transaction, draft, and structure the acquisition, amend the operating agreement of the new combined entity, draft membership purchase agreements and employment contracts, and facilitating the numerous issues that arose during the acquisition process.

The Gibbons Corporate Department represented Rowan University in the absorption of the University of Medicine and Dentistry of New Jersey (UMDNJ) by Rutgers University and Rowan University pursuant to New Jersey state legislative mandate. In August 2012, New Jersey Governor Chris Christie signed the New Jersey Medical and Health Sciences Education Restructuring Act, landmark legislation that dramatically reshaped higher education and the future of healthcare in the state by bringing sweeping changes to Rowan University, the UMDNJ, and Rutgers University. Intended to bolster science and medical education and research throughout New Jersey—and prepare more doctors to practice here—the law establishes Rowan University as the state’s newest comprehensive research university and calls for Rowan to partner with SOM, the University of Medicine and Dentistry of New Jersey – School of Osteopathic Medicine (SOM). The restructuring conferred state comprehensive research status on Rowan, as it expects to increase its annual research and sponsored project revenue from $25 million to $100 million over the next decade. During the course of Gibbons’ representation of Rowan University, Mr. Johnson was responsible for reviewing the affiliation agreements, employment agreements, real estate contracts, deeds, memoranda of understanding, clinical trial agreements, and numerous other contractual obligations of UMDNJ in connection with the SOM. He identified and summarized SOM related contracts requiring consents, as well as other third party approvals pursuant to change of control provisions contained in the language of such contracts. Mr. Johnson also provided the appropriate counsel to Rowan University regarding how to proceed with the inherited SOM legal obligations pertaining to such contracts, prior to and subsequent to the merger of SOM into Rowan University.

Mr. Johnson has assisted numerous private companies with licensing disputes with federal and state governmental authorities. He assisted Neighborhood Housing Services of New York City, Inc. (NHSNYC) in its “CityLIFT” Down Payment Assistance Program (DAP) that leveraged the strengths and expertise of a range of private and public sector partners, including local government entities, nonprofit lenders and counseling agencies, and private sector mortgage lenders. The DAP initiative was designed to mitigate the devastating impact of the nation’s longstanding housing crisis. The DAP was focused on providing meaningful financial and educational assistance to new or ready again homebuyers in cities that have been hardest hit by the lingering effects of foreclosures, abandoned properties, and housing price declines. Mr. Johnson assisted NHSNYC with negotiations with the New Jersey Department of Banking and Insurance and was able to help NHSNYC obtain an “exempt entity” designation in order to help NHSNYC avoid becoming a licensed lender in New Jersey. With Mr. Johnson’s assistance, CityLIFT launched a successful $9.5 million initiative, which provided income-eligible families with forgivable loans of $15,000 to purchase homes in Newark or Jersey City as well as $30,000 for properties in Brooklyn or the Bronx.

Selected to the ROI-NJ “Champions of the C-Suite” List, 2020

Selected to the Inaugural Lawyers of Color “Nation’s Best” List, 2019

Recipient, “40 Under Forty Achievement Award” presented by The Network Journal, 2013

Selected to the ROI-NJ “Champions of the C-Suite” List, 2020

Selected to the Inaugural Lawyers of Color “Nation’s Best” List, 2019

In June 2013, The Network Journal honored Mr. Johnson with one of its annual “40 Under Forty” Achievement Awards.