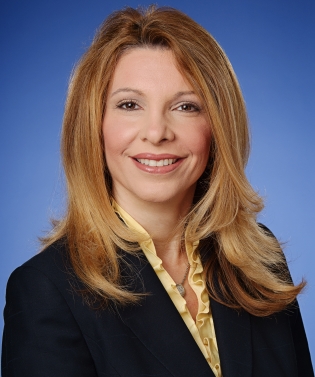 Ms. Lombardo has successfully litigated matters before the state and federal courts of New Jersey and New York, as well as the American Arbitration Association, with a focus on construction matters. Her experience in commercial litigation and construction litigation is unique in that she represents both plaintiffs and defendants. She was co-lead counsel in a three-year long arbitration representing a major university in a claim involving extensive and complex design and construction defects, which resulted in a multimillion-dollar award in our client’s favor and the arbitrator striking down a limitation of liability clause. Unlike most litigators in the construction arena, Ms. Lombardo also has experience drafting and negotiating contracts. She has worked with owners, contractors, subcontractors, and designers on contracts for projects involving academic centers, public schools, laboratory facilities, office buildings, energy facilities, public-private projects, and building additions of varying sizes. Namely, Ms. Lombardo is lead construction counsel for a prominent healthcare system in the tri-state area.

Ms. Lombardo works with the firm’s longstanding corporate clients in addition to the Northeast region’s top universities, retailers, and professionals in the design and construction field in the following types of matters:

Ms. Lombardo is currently on the American Arbitration Association Panel of Construction Arbitrators and a Member of the Roster of Mediators. She has also been included on the New Jersey Superior Court Roster of Mediators, where she has mediated a variety of civil matters.

Defense and prosecution of matters involving failure to abide by contract terms.

Defense and prosecution of claims involving a breach of a covenant not to compete.

Defense and prosecution of claims involving defective design and/or construction of commercial properties ranging from warehouses to condominiums.

Filing of and defending against construction liens and municipal mechanic’s liens.

Prosecution of claims on performance and payment bonds procured on construction projects.

Drafting and negotiation of contracts for owners, contractors, designers and subcontractors for a variety of commercial construction projects.

United States District Court for the District of Colorado

Association of Trial Lawyers of America

Judicial intern to the Honorable Philip B. Cummis, Superior Court-Family Division in Newark

Ms. Lombardo has been involved in several high-profile matters that have been arbitrated and litigated to judgment, including the following:

Seton Hall University Arbitration before the American Arbitration Association
Gibbons represented Seton Hall University, the claimant in an AAA arbitration involving the design and construction of the expansion and renovation of McNulty Hall, the University’s Science and Technology Building. McNulty Hall is one of the more visible buildings on campus, given the prominence of the University’s science and research programs. The McNulty Hall project was an integral part of the University’s Master Plan, which was aimed at transforming and modernizing the University campus to meet the University’s future needs and goals. The claims in the arbitration were asserted against the project architect and general contractor and involved varied and widespread errors in design and construction, ranging from the failure of the design to account for future chemical storage and usage to the building’s defective exterior limestone façade, which required complete removal and replacement. After a year-long arbitration, the arbitrator issued a multimillion-dollar judgment in Seton Hall’s favor.

Restrictive Covenant Arbitration for a Leading Manufacturer of Orthopedic Implants before the American Arbitration Association
Ms. Lombardo was second chair in an arbitration brought on behalf of a leading manufacturer of orthopedic implants and instruments in a restrictive covenant litigation. Our client instituted an arbitration with the AAA against its former local distributor, based on a violation of a restrictive covenant in its contract with the manufacturer that prohibited it from selling competing products during the term of the contract and then one year after the contract’s termination. The respondents at first challenged the contention that they had violated the restrictive covenant by selling competing products in the territory during the term of the non-compete. After extensive discovery, including third party discovery, respondents admitted violating the terms of the restrictive covenant. A hearing was held before a three arbitrator panel, which awarded our client full recovery on its claims.

Independence Harbor Condominium Association v. Hartz Mountain Industries, et al. Superior Court of New Jersey, Law Division, Bergen County
The firm represented Independence Harbor Condominium Association in a construction defects lawsuit against the condominium’s developer, the contractors responsible for its construction, and the designers. The claims included breach of warranty, violations of New Jersey’s Planned Real Estate Development Full Disclosure Act, violations of New Jersey’s Consumer Fraud Act, and design error and omission claims. Ms. Lombardo was an integral member of the litigation team, having been part of the case since the inception of the firm’s involvement and responsible for overseeing and conducting key fact and expert discovery. This matter was successfully tried before a jury, resulting in a multimillion-dollar verdict. Thereafter, the firm negotiated and documented a series of settlements between the various parties.

In addition to the above matters, Ms. Lombardo has worked on several matters that have resulted in opinions, including the following:

Notable contracts Ms. Lombardo has drafted and negotiated include the following:

This attorney has been selected for the recognitions listed on this page, which have been conferred by the corresponding publications and/or organizations noted. A description of the selection methodology for this recognition can be found at https://www.gibbonslaw.com/awards. No aspect of this advertisement has been approved by the Supreme Court of New Jersey.