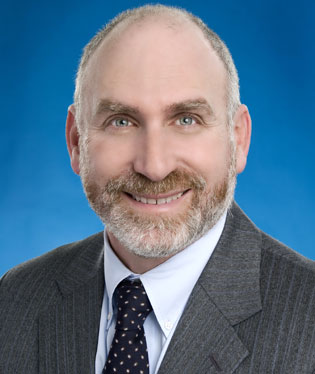 Mr. Lustberg Co-Chairs the Gibbons Commercial & Criminal Litigation Department, leading the Criminal Defense practice, and is a longtime Director of the firm’s John J. Gibbons Fellowship in Public Interest & Constitutional Law, which litigates historic, cutting-edge civil rights and civil liberties cases. Prior to joining the firm as its first Gibbons Fellow, he served as an Assistant Federal Public Defender for the District of New Jersey for five years; he previously served as a Law Clerk to the Honorable H. Lee Sarokin, United States District Judge.

Mr. Lustberg is the former president of both the Association of the Federal Bar of New Jersey and Association of Criminal Defense Lawyers of New Jersey, each of which has awarded him its highest honor—the William J. Brennan, Jr. Award and Honorable Lawrence A. Whipple Memorial Award, respectively. Mr. Lustberg is also former Co-Chair of the Criminal Litigation Committee of the American Bar Association. He has served on, and chaired, numerous court, government and bar association committees, as well as non-profit and philanthropic boards, and he has been a member of the faculties of Seton Hall, Rutgers, and New York University Law Schools.

Mr. Lustberg is a recognized authority in constitutional and criminal law and procedure, responsible for many seminal federal and state court decisions in a broad range of cases, and is a Fellow of both the International Academy of Trial Lawyers and the American College of Trial Lawyers. He is also a Lifetime Fellow of the American Bar Foundation.

In addition to those from the Association of the Federal Bar of New Jersey and the Association of Criminal Defense Lawyers of New Jersey, Mr. Lustberg is the recipient of numerous honors from organizations such as the New Jersey Institute for Social Justice, the Thurgood Marshall College Fund, the American Civil Liberties Union of New Jersey, Legal Services of New Jersey, Garden State Equality, Partners for Women and Justice, and the Essex County Bar Association, among others. He was named “Lawyer of the Year” for 2013 by the New Jersey Law Journal, in recognition of his work in winning the right to marriage for same-sex couples in New Jersey; he was also among the first New Jersey lawyers to receive the Law Journal’s Lifetime Achievement Award. He has long been recognized in Best Lawyers®, which named him White Collar Lawyer of the Year in 2013; by Super Lawyers, which has repeatedly named him a Top 10 lawyer in New Jersey, and which awarded him its New Jersey Appellate Lawyer of the Year designation in 2009; and by U.S. Lawyer Ranking as a Top 10 Lawyer in the Field of Criminal Defense. Chambers USA Guide to America’s Leading Lawyers for Business has listed Mr. Lustberg as one of the “leading individuals in the area of White Collar Crime & Government Investigations,” this year writing that “Commentators hold Lawrence Lustberg in high esteem as ‘an excellent trial attorney with an excellent reputation.’ He is noted for his first-class white collar practice which includes defending against allegations of tax and pension fraud, and political corruption.”

Building on his experience in the Office of the Federal Defender for the District of New Jersey, where he served as an Assistant Public Defender between 1985 and 1990, and relying on his insight from that experience, Mr. Lustberg has broad, substantive experience in such areas as securities, antitrust, and many other white collar criminal issues, including tax and pension fraud, political corruption, and government procurement impropriety. He also handles non-white collar matters, providing round-the-clock, interdisciplinary service for corporate or individual clients who find themselves, family members, or colleagues confronting law enforcement in other contexts. In addition, Mr. Lustberg is well respected for his research and writing abilities, where he explores, and ultimately advances, creative legal arguments in the pre-indictment, trial, and, especially, appellate contexts.

As the Director of this award-winning pro bono program, Mr. Lustberg is responsible for the scope of the Fellowship’s work and the breadth of issues it addresses. While “public interest” and “constitutional law” encompass a necessarily broad range of concerns, Mr. Lustberg has defined the focus of the Fellowship and its goal of affecting change in any way possible to provide access to the legal system for those who might not necessarily have it, all while improving the system for everyone. He has substantially focused the Fellowship’s efforts in recent years in two areas: (1) civil liberties and government transparency in the war on terrorism, highlighted by the Fellowship’s successful argument before the U.S. Supreme Court in Rasul v. Bush and the landmark ruling that Guantánamo detainees must receive hearings in federal court; and (2) LGBT rights and marriage equality, highlighted by his lead role in the successful constitutional challenge to the exclusion of same-sex couples from marriage in New Jersey, leading New Jersey to become, in October 2013, the fourteenth state in the nation to achieve marriage equality.

Under Mr. Lustberg’s direction, the Fellowship’s other areas of representation include, but are not limited to: freedom of speech; death penalty/criminal procedure issues; prison conditions; separation of church and state; police brutality; domestic violence; and school finance. By embracing this incredible range of civil and criminal subject matters, in trial and appellate, federal and state, and direct and amicus work, Mr. Lustberg has uniquely positioned the Fellowship to exceptionally serve its clients and the courts while also significantly impacting the law.

United States District Court for the Eastern District of Michigan

United States District Court for the Western District of Oklahoma

United States District Court for the Central District of Illinois

United States Court of Appeals for the Tenth Circuit

United States Court of Appeals for the Eleventh Circuit

United States Court of Appeals for the Seventh Circuit

United States Court of Appeals for the Ninth Circuit

Association of the Federal Bar of New Jersey
President

New Jersey Office of the Child Advocate (2004-present)
Member, Board of Advisors

United States Court of Appeals for the Third Circuit
Chair, Committee to Review Reappointment of Federal Public Defender in the District of New Jersey (2000-2001, 2004-2005)
Task Force on Counsel for Indigent Litigants New Jersey Steering Committee (1998-1999)
Co-Chair, Task Force on Equal Treatment in the Courts Commission on Race and Ethnicity (1994-1997)
Merit Selection Committee for the Federal Public Defender for the District of New Jersey (1996-1997)

Named to The Star-Ledger Inside Jersey‘s inaugural “100+ Club”

Recipient, the Honorable Lawrence A. Whipple Memorial Award from the Association of Criminal Defense Lawyers of New Jersey, May 2013

Listed as a “Local Litigation Star” by Benchmark Litigation