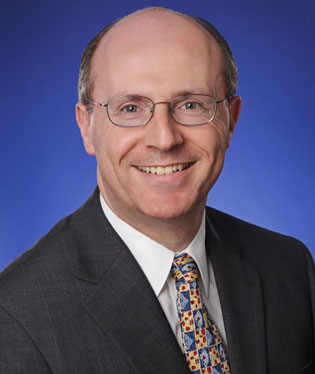 Howard D. Geneslaw – a licensed Professional Planner in New Jersey, member of the American Institute of Certified Planners (AICP), and a former consultant to municipal planning boards – relies on his focused industry training and experience to inform his comprehensive regional real estate development practice. Helping clients to expand their markets and establish significant presence throughout the region, he secures permits and approvals for expansions and new construction on behalf of, among many other clients, supermarkets, fast food restaurants, convenience stores, other retail chains, warehouses, and industrial and light industrial facilities, as well as financial institutions and real estate developers. He also handles liquor license issues for a variety of clients.

Mr. Geneslaw focuses on development, redevelopment, zoning, land use planning, and related permitting issues, as well as liquor licensing and alcoholic beverage control issues, in New Jersey, New York, and Connecticut. He served on the Board of Directors of the Land Use Section of the New Jersey State Bar Association (holding the position of Director for five years, after which he held the position of Secretary for the 2014-15 year, Vice Chair for the 2015-16 year, and Chair for the 2016-17 year) and has mediated various disputes as a court-appointed mediator.

The components of his practice include:

Mr. Geneslaw also practices in the area of liquor licensing and alcoholic beverage control, representing current or prospective licensees in obtaining liquor licenses or permits for on-premises or off-premises consumption. Alcoholic beverage licensing is subject to a comprehensive regulatory scheme in most jurisdictions, which requires extensive reporting and disclosure. Mr. Geneslaw represents buyers and sellers of licenses and permits, as well as licensees subject to enforcement proceedings; provides counseling concerning alcoholic beverage matters, such as online sales, BYOB, background checks, and purchase/sale agreements, as well as compliance and reporting issues; assists with renewals and changes in corporate structure; represents clients in objections to license issuance or transfer, and subsequent appeal proceedings; and represents clients seeking changes to the alcoholic beverage laws at the state or local level.

United States District Court for the District of Connecticut

Represented a house of worship in securing approval for a facility renovation and expansion, and defended the appeal of the approval in the trial court and subsequently in an appellate court

Represented a chain of food stores, with fuel sales and car washes, in applications for zoning and development approvals at multiple locations in the Lower Hudson Valley of New York

For private developers, provided counseling and representation in connection with the following projects:

For objectors, represented a national restaurant chain in objecting to a proposed “area in need of redevelopment” designation

Represented property owner in an Article 78 proceeding concerning a zoning amendment, which was enacted after the client’s subdivision had been pending for several years, that would have substantially reduced the number of lots the client could develop

Represented a national restaurant chain in appealing the denial of a use variance, and in the appeal of development approvals by a business competitor

Represented an affiliate of a major insurance company in performing zoning due diligence preceding the acquisition of an ownership interest in a regional shopping mall in northern New Jersey, one of the largest in the United States

Represented a major trucking company in performing zoning due diligence precedent to the acquisition of a warehouse in Queens, New York

Performed due diligence for a client in the acquisition by assignment of leases of several supermarkets in New York which currently hold beer and wine product licenses, and assisted the client in obtaining its own licenses for use in those stores

Represented a prospective licensee in obtaining an on-premises full liquor license for a restaurant in New York City, including assisting the client with determining the ownership and management structure in accordance with requirements of the alcoholic beverage laws, defining the parameters of the licensed premises, and drafting applications to and making appearances appearances before the State Liquor Authority and the applicable Community Board

Represented a client in challenging the person-to-person and place-to-place transfer of a plenary retail consumption license to a neighboring business, initially in the Superior Court of New Jersey and subsequently at the Office of Administrative Law, involving a number of alleged notice and other procedural defects

Represented a retail licensee in New Jersey in responding to a Notice to Produce from the Division of Alcoholic Beverage Control, and in negotiating a monetary compromise in lieu of license suspension to resolve the resulting enforcement proceedings relative to alleged recordkeeping violations and alleged improper wine tastings

Listed in Best Lawyers®, Land Use and Zoning Law

Mr. Geneslaw is a licensed professional planner in New Jersey, member of the American Institute of Certified Planners (AICP), and a former planning consultant to municipal planning boards.