During this year’s St. Patrick’s Day celebration at Gibbons P.C., a longstanding and beloved firm tradition, the firm’s Executive Boardroom was renamed in honor of Executive Chairperson Patrick C. Dunican Jr., to commemorate his 18-year tenure as Chairman and Managing Director. An oil portrait of Mr. Dunican, which hangs in the newly named “Patrick C. Dunican Jr. Executive Boardroom,” was also unveiled during the ceremony. 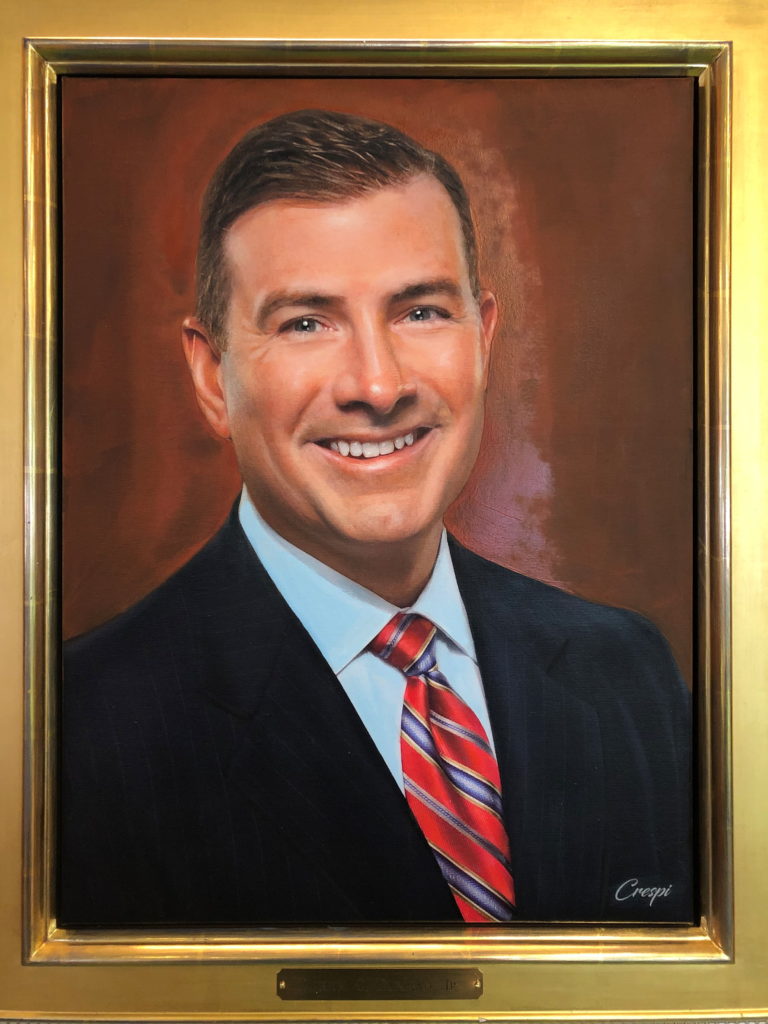 “When you have the opportunity to recognize the monumental influence of someone like Patrick, who has been a pillar of strength to this firm, you seize the moment,” said Peter J. Torcicollo, Managing Director of Gibbons. “There really is no more fitting tribute than to dedicate the firm’s Executive Boardroom to Patrick. Until this past month, there had never been a meeting in that room that he didn’t preside over. I’m delighted to be a part of this recognition of his years of extraordinary leadership.”

About Patrick C. Dunican Jr.
Mr. Dunican is a nationally recognized law firm leader who was elected Managing Director of Gibbons in 2004, at the age of 36, and was highlighted by Law360 during his tenure as one of the nation’s most innovative managing partners. He was named the firm’s Executive Chairperson in 2022.
Mr. Dunican has been instrumental in building Gibbons into one of the region’s most prominent and successful law firms, with eight offices across New Jersey, New York, Pennsylvania, Delaware, Washington, DC, and Florida. Among numerous other accomplishments under his direction, the firm expanded its geographic footprint down the East Coast, established itself as the premier government affairs firm in New Jersey, maintained its status among the finest litigation firms in the United States, and grew its corporate practice to make Gibbons a “go to” firm in New Jersey for complex corporate transactions. The firm also became a unique player in the higher education space and established the Gibbons Institute of Law, Science & Technology at Seton Hall Law School. Throughout, Mr. Dunican ensured that Gibbons expanded its community presence and remained a first-class corporate citizen, while making Diversity, Equity and Inclusion (DEI) a real and tangible pillar of the firm’s mission.

A regular Irish Legal 100 honoree, Mr. Dunican received a 2019 Tip O’Neill Award from the Donegal County (Ireland) Council, presented annually to people of Irish background in recognition of achievements in their chosen fields and their interest in and support for Ireland and its diaspora. In 2017, he was the Essex County Bar Association’s selection for a Professional Lawyer of the Year award, presented by the New Jersey Commission on Professionalism in the Law in conjunction with bar associations throughout the state.