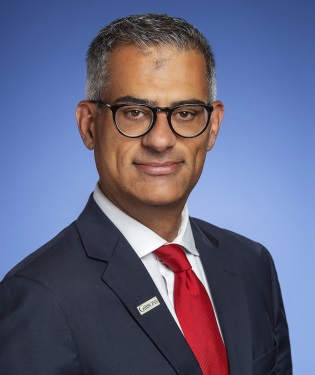 Mr. Deni has a diverse practice in litigation and sports law. He is a trial lawyer who is fully conversant in the Federal Rules of Civil Procedure and Evidence and the state court rules of New Jersey and New York. Having served a clerkship in the United States District for the District of New Jersey, he is especially attuned to the Local Civil Rules and Local Patent Rules of the District of New Jersey. Mr. Deni has extensive experience representing some of the world’s largest and most prestigious companies from diverse industries, including pharmaceuticals, energy, raw materials, health insurance, and financial services. He litigates a wide range of matters in federal and state courts, including complex contractual and commercial disputes, trademark and patent infringement, business torts, partnership disputes, antitrust, and violations of Employee Retirement Income Security Act (ERISA), the Fair Debt Collection Practices Act (FDCPA), and other federal statutes.

Mr. Deni complements his litigation background with a sports and entertainment practice, advising professional athletes, Olympians, coaches, teams, and entertainers. He represents athletes in contract negotiations with professional clubs and in sponsorship endorsements. He is certified as a contract advisor by the National Football League Players Association (NFLPA) and is qualified as an agent by the International Federation of Association Football (FIFA). Included on the New Jersey Super Lawyers Rising Stars list annually since 2007, Mr. Deni was recently recognized by The American Lawyer, a national legal publication focusing on the nation’s top law firms, as one of the NFL agents who hail from AmLaw200 law firms.

One of only two attorneys in the country to be selected to the Super Lawyers Rising Stars list in Entertainment & Sports Law for six consecutive years, Mr. Deni represents NFL players in contract negotiations. Certified by the NFL Players Association as a contract advisor, he has established contacts with the decision makers from every NFL team and has negotiated millions of dollars worth of NFL contracts, based on research and analysis of historic and current contractual trends to maximize his clients’ earning potential. AmLaw Daily, published by The American Lawyer, recently recognized him as one of the NFL agents of the AmLaw200.

Having clerked in the United States District Court for the District of New Jersey, Mr. Deni is intimately familiar with the New Jersey Federal Practice Rules, including the Local Patent Rules. In addition to the District of New Jersey, where he has tried several cases to verdict, he actively litigates matters in the Southern and Eastern Districts of New York, paying special attention to the New York Rules of Court and the Local Patent Rules. He often serves as a resource to national counsel unfamiliar with litigating in these jurisdictions.

Mr. Deni represents participants in the electric power industry in the federal courts. His involvement in litigating constitutional issues affecting the energy industry serves as a valuable resource to regulatory counsel. His experience, including a full trial to verdict with a positive outcome, serves as a foundation for assisting clients in analyzing the array of regulations and statutes that impacts the business side of the energy industry.

Mr. Deni is often called on to assist clients in both enforcing and challenging restrictive covenants, including non-solicit, non-compete, and non-disclosure covenants. He is especially attuned to litigating disputes involving trade secrets and unfair competition. He is sensitive to the emergent nature of these matters and expeditiously generates court papers to support or oppose emergent applications. Upon stabilizing an emergency situation, Mr. Deni endeavors to resolve the issues cost effectively through negotiation, but will not hesitate to take a more aggressive approach, based on his client’s guidance.

Mr. Deni represents oppressed minority shareholders, often in closely held family businesses, as well as majority shareholders accused of oppression. He understands the emotional impact this type of litigation may have on families and is sensitive to the difficult decisions that must be made to resolve disputes, while also aggressively advocating to ensure his clients’ interests and goals are met.