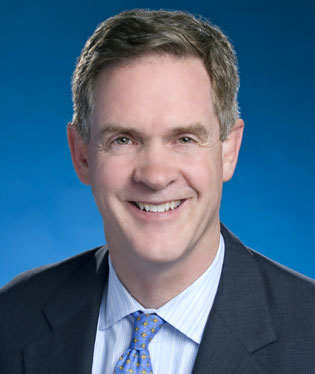 With more than 30 years of experience in complex business litigation, Mr. Frey represents clients involved in a variety of industries. In the construction industry, he has helped resolve disputes and close out projects involving office buildings, hospitals, mixed use projects, hotels and hospitality facilities, power plants, convention centers, enclosed shopping centers, strip malls, residential subdivisions, water and sewer treatment plants, highways, and industrial and educational facilities. He uses his experience and in-depth knowledge of the construction process to advise parties involved in construction, including owners and developers, general contractors, sub-contractors, suppliers, architects, and engineers, in both public and private sector work. He assists parties on the front-end of construction projects in contract drafting, negotiation, and bidding; in the contract administration phase; and in dispute resolution, either during the construction period or following substantial completion.

Mr. Frey is highly regarded for his mediation and arbitration practice, both in representing parties in dispute resolution and in serving as an arbitrator or mediator for the American Arbitration Association (AAA). He works closely with other members of our Construction Team to extend the firm’s reach in the construction industry to Pennsylvania with his active practice in construction law matters, his AAA dispute resolution work, and the articles he writes on developments in Pennsylvania construction law for the firm’s Business Litigation Alert.

He advises clients on legal aspects of day-to-day issues that arise on construction projects, attempting to resolve disputes early before they mushroom into costly, time-consuming legal quagmires that can prevent on-time and on-budget project delivery.

He uses his knowledge of construction law and understanding of the construction business to assist clients with the legal aspects of all phases of construction, from bidding and procurement, to contract negotiation and drafting, through contract administration and the close-out process.

For matters where dispute resolution is not possible, Mr. Frey has represented parties in litigation and arbitration in Pennsylvania, New Jersey, and Delaware, before state and federal courts, and in regulatory forums on a variety of construction related disputes, including claims for delay, impact, loss of productivity, differing site conditions, extra costs, contract defaults, and construction and design defects.

He has considerable experience representing clients in resolving legal matters through dispute resolution boards, mediation and arbitration, mini-trials, and bench and jury trials. As a complement to his litigation practice, Mr. Frey regularly serves as an arbitrator or mediator upon selection by the parties in American Arbitration Association and private proceedings.

Mr. Frey also helps clients file mechanics liens and construction liens, and litigate to enforce those liens, and, in other matters, represents owners seeking to strike improper liens. He has also brought and defended performance and payment bond claims on private and Miller Act surety bonds.

Mr. Frey has handled numerous construction mediations and arbitrations administered by the American Arbitration Association and other ADR service providers, including what was, at the time, the longest construction arbitration in connection with the largest private construction project in Philadelphia’s history. Other professional experience in dispute resolution includes serving as judge pro tem in the Commerce Court, Philadelphia County Court of Common Pleas, for various cases during the last 10 years. In this pro bono service, he has conducted mediations with a high resolution rate, for various judges in the Commerce Court program.

Mr. Frey has also been involved in developing and conducting mediation education and training programs for construction dispute resolution in Pennsylvania, New Jersey, and Maryland. As arbitrator and mediator, his style is creative, encouraging, and persistent. He attempts to find solutions to multi-party disputes enabling construction projects to proceed, while attempting to narrow the remaining issues for arbitration to avoid disruption of construction work.

United States District Court for the Middle District of Pennsylvania

United States District Court for the Western District of Pennsylvania

Represented Philadelphia Regional Port Authority at trial, making a full recovery for losses stemming from construction and design defects leading to the collapse of a pre-engineered warehouse constructed of structural steel frame and metal fabric in snowfall at the Tioga Marine Terminal in Philadelphia.

Represented a municipal authority in litigation and mediation, resulting in substantial recovery for multiple design and engineering defects arising from an unsuccessful retrofit of a municipal solid waste energy facility.

Conducted a six-month arbitration and several trials in one of the largest and most protracted construction cases in Pennsylvania, involving more than 20 contractors in a mixed use project, comprising an office tower, hotel, retail center, and parking garage, defending major delay, disruption, and acceleration claims.

Represented contractors and owners in various mechanics lien litigations in Pennsylvania and achieved dismissal of a $21 million lien for the owner of the Liberty Place, Phase II project, affirmed by the Pennsylvania Supreme Court.

Advised owners and contractors in various cases under the Pennsylvania Contractor and Subcontractor Payment Act and the Prompt Payment Act applicable to political subdivisions, local governmental units, and local authorities.

Represented a home builder in an action filed against scores of contractors and designers of hundreds of homes in 13 separate communities in Southern New Jersey and Pennsylvania, alleging construction and design defects in residential construction and causing multiple millions of dollars of remedial work performed by the home builders.

Handled subrogation claims for a property insurer, stemming from numerous building failures, including claims against a sprinkler company for negligent installation of sprinkler pipes for fire protection and use of non-conforming threaded pipe fittings mass produced outside of the United States.

Represented lenders in an action against the purchaser of a 58-acre parcel located in Bucks County, Pennsylvania, in federal court litigation for breach of contract, implied covenant of good faith and fair dealing, and fraudulent misrepresentation for failure to disclose material information resulting in defaults under the loans; tried to verdict in the district court and affirmed on appeal.

Represented the tenant in a case against the landlord of a 10-acre industrial warehouse in Montgomery County, Pennsylvania, for losses stemming from failure of the storm water management system.

Represented the owner and developer of turn-key office space in defense of claims by a computer services vendor resulting from termination caused by the vendor’s failure to properly manage the IT platform upgrade and migration of internet and telephone network systems.

Represented insurance companies in recovering retrospective premiums and audit premiums due from insureds under insurance policies, as well as agency balances due from agents, brokers, and MGAs.

Represented a cable company in business interruption claims involving loss of cable hookups for homes damaged in a hurricane.

Advised the Department of Insurance and represented the liquidators in several insurance company insolvencies, regarding administrative and collection of assets matters.

Represented Lloyd’s of London syndicates in an environmental contamination insurance coverage case against a Philadelphia-based chemical company, successfully appealing to the Superior and Supreme Courts of Pennsylvania and reversing a $28 million jury verdict.

Brought and defended various claims under title insurance policies involving defects in title, including a claim arising from an abandoned railroad spur on a Brownfields site being reclaimed for mixed use development in Chester County, Pennsylvania.

Advised a manufacturer of industrial centrifuges in defense of claims involving personal injuries and property damage allegedly caused by metallurgical defects in the manufacturing process for these high-speed industrial bowls.

For a period of 10 years, Mr. Frey represented the owner in a multi-party arbitration involving all contractors, subcontractors, sureties, architects, engineers and suppliers on a mixed-use construction project for a private owner in Philadelphia of a high-rise office tower, hotel, parking garage, and retail center. Most of the claims were mediated, but all remaining claims were handing in arbitration. At the time, it was the largest private construction project in Pennsylvania’s history and, fittingly, resulted in the longest arbitration, with six continuous months of arbitration testimony.