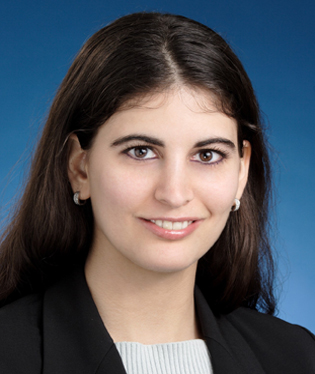 Ms. Stein is an IP litigator who focuses her practice on intellectual property disputes in the patent, trade secret, trademark, and copyright areas.

Ms. Stein has extensive experience litigating a broad variety of patent infringement and other matters in both the pharmaceutical and life science areas and in the non-pharma area, including related to sensor devices, GPS devices, gaming, hand-held devices, and packaging.

Ms. Stein has litigated many issues relevant to U.S. reissue patent litigation, including the original patent requirement, recapture rule, and prior user rights.

In the trademark and copyright areas, Ms. Stein recently secured emergent relief to stop the willful infringement of a client’s registered trademark. She has represented both trademark and copyright owners in infringement cases and defended individuals and entities accused of trademark and/or copyright infringement. Ms. Stein has appeared before federal and state courts throughout the United States, including New York, New Jersey, Delaware, Massachusetts, California, Florida, Texas, District of Columbia, Illinois, and Nebraska, and before the Court of Appeals for the D.C. and Federal Circuits.

Ms. Stein is an active member of the intellectual property and federal litigation bars. Now serving as President-Elect of the Federal Bar Association’s (FBA) S.D.N.Y. chapter, from 2015-2019 she served as editor of the S.D.N.Y. chapter newsletter, The New York Minutes. She has also served as editor of the FBA IP Law Section publication The IP Legal Browser. Ms. Stein currently serves on the Sedona Conference Working Group 12 – Trade Secrets and is an adjunct professor at Fordham University School of Law, where she teaches “Litigation Management for the International Lawyer,” a course focused on representing foreign entities in U.S. court litigation.

Litigating U.S. district actions on behalf of both patent owners and accused infringers involving the assertion of U.S. patents, including U.S. reissue patents.

United States Court of Appeals for the Federal Circuit

Defended a major pharmaceutical company from the assertion of a U.S. reissue patent in Delaware district court

Represented the plaintiff in asserting a U.S. reissue patent against competitors in the GPS device industry in Texas district court