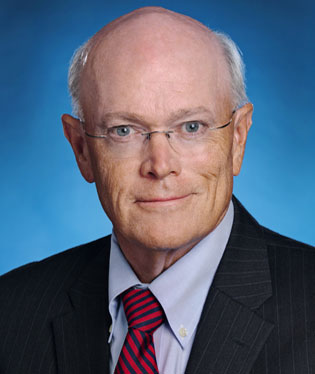 Mr. MacPherson regularly acts as construction contract and disputes counsel for contractors, subcontractors, suppliers, and owners involved in building and heavy civil construction for public and private work. He is admitted to practice in the state and federal Courts in New Jersey and New York.

Mr. MacPherson has negotiated construction contracts for owners, contractors, subcontractors, and suppliers. He has been involved in projects ranging from power plants, urban and suburban commercial projects to high-end residential. He is an active member of the AGC Contract Documents Committee and participated in the review and analysis of the 1987 and 1997 editions of the AIA A 201 General Conditions. He has also participated in the development of several Consensus Documents and was one of the primary organizers of the 2008 joint meeting of the ABA Forum on Construction and Consensus Documents that introduced the Consensus Document family of forms.

Mr. MacPherson also acts as a mediator and arbitrator and has been involved in developing and conducting mediation education and training programs in New Jersey. He taught Alternative Dispute Resolution at Rutgers Law School from 1996 until 2004.

American College of Construction Lawyers
Board of Governors
Fellow

Member of the Construction Cost Reduction Team appointed by Mayor Michael Bloomberg to study and report on New York City’s capital construction program. The report was delivered in July 2008

Represented the design-builder of a power plant in a dispute with the supplier of two 315 MW CFB Steam Generators. Primary issue was the use of 3D modeling in the design process. Other issues included design deliverable liquidated damages and concurrent delays.

Defended a cooperative housing corporation in an action by a municipality seeking over $20 million for the repair of the concrete encased columns and slab supporting the co-op’s building over a major urban highway. Issues included the legality of an emergency contract let without public bidding; access rights to public roadway to maintain co-op’s structures; impossibility of performance; breach of implied contractual duties; and liability of the municipality for corrosive effect of road deicing materials on the co-op’s concrete structures.

Negotiated a $120 million contract for the design and construction of the headquarters campus of a major pharmaceutical company.

Acted as construction contract and claims counsel for the owner/developer of several hydroelectric projects in upstate New York. Prepared and negotiated contracts with designers, contractors, and major equipment suppliers. Provided advice on claims and disputes that arose during construction and litigated extra work, delay, and warranty claims.

Negotiated EPC, Fuel Supply, and Operation and Maintenance agreements for a 50 MW bio mass fueled combined heat and power plant with a value in excess of €120 million.

Assisted a German wind turbine manufacturer in redrafting its supply contracts for use in the U.S.

Represented a nonprofit foundation in the negotiation of a $500 million construction management agreement.

Provided advice to design-builder on issues related to P3 projects.

Assisted a wind turbine manufacturer and supplier in the preparation of master contracts between the manufacturer and private power developers. Also provided advice in connection with disputes including design and construction defects and performance warranties for projects throughout the U.S.

Arbitrator in a dispute involving a design-build contractor’s $30 million claim against an insurer under a policy providing coverage for certain payment obligations of the project owner and a performance bond surety arising out of a landfill closure project.

Arbitrator in a dispute involving the sale of a construction company where the future revenue from a public construction project was the source of the funding for the purchase price.

Arbitrator in a dispute arising out of contracts for roof systems on two office buildings. Issues include statute of limitations; choice of law; limitations of liability provisions; and warranty claims, including a claim that the warranty failed of its essential purpose.

Arbitrator in a dispute between a contractor and subcontractor on several public housing authority projects. Issues included the subcontractor’s claim that it was the general’s joint venture partner; a project suspension by the owner and the application of the Eichleay formula for a home office overhead claim arising out of the suspension; and extra work claims.

Mediator in more than 100 construction contract, construction defect, insurance, and surety disputes involving from two to more than forty parties with claims ranging from thousands to millions of dollars.

James B. Boskey ADR Practitioner of the Year, 2001