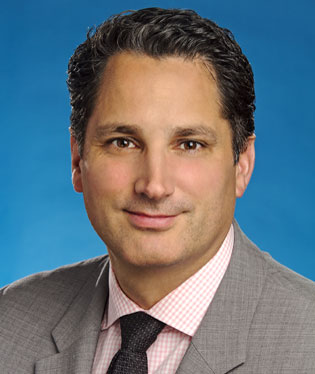 Mr. Flägel is a member of the Corporate Group and has extensive experience in domestic and cross-border corporate transactions. He counsels domestic and foreign companies and individuals on the acquisition and sale of companies and business lines through mergers, auctions, and management buy-outs. His international practice includes the representation of foreign venture capital and private equity funds in connection with their U.S. investments.

Mr. Flägel is also a member of the firm’s German Practice and counsels a number of German clients, which he advises, relying on the wide spectrum of services offered by Gibbons, on a broad scope of commercial legal issues, including company formations, negotiations of commercial contracts, real estate, employment questions, litigation, and intellectual property.

Georgia-Augusta-University (The University of Göttingen, Germany), Faculty of Law (Dr. jur., and J.D.)

Representation of Irish healthcare services and logistics company in connection with various acquisitions and investments in the U.S.

Acquisition of a California medical device company with a large stockholder base by a major public New Jersey pharmaceutical company in an all-cash merger transaction.

Management buy-out of a majority stake in a U.S. community-driven media and research business from a UK company.

Acquisition of an energy infrastructure company by a private equity fund and creation of management incentive plans for target company.

Acquisition of a major public semi-conductor company by a competitor, also a public company.

Several strategic acquisitions of businesses in the U.S. and abroad by a private pipe joining systems company.

Representation of an Irish biotech company listed on NASDAQ in all its U.S. mergers and acquisitions and public securities offerings.

Representation of financial institutions in their capacity as agents or corporate trustees.

Several corporate acquisitions in the U.S. by a German laser software company for industrial and medical applications.

Acquisition by a German fragrances, flavorings, and cosmetics ingredients company of the U.S. flavor business of a Danish company.

Successful restructuring of the U.S. operations for a German luxury brands company, including renegotiation and termination of leases, restructuring of work force and divestiture of a business line.

Successful settlement of a dispute related to a joint venture between a German company and U.S. company in the marine industry.

Another successful settlement of a German/U.S. joint venture dispute in the marketing industry.

Litigation of a dispute between the U.S. subsidiary of a German marine company and its president.

Negotiation of a plant construction agreement between a German automotive technology manufacturer and a U.S. automobile industry supplier.