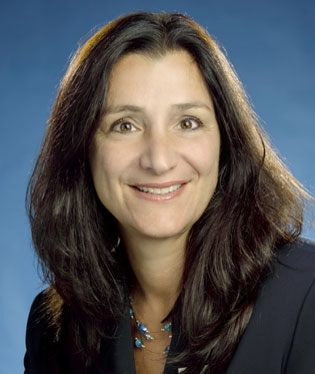 Ms. Lowy focuses her practice on First Amendment and media issues. She serves as Co-General Counsel to the New Jersey Press Association and works closely with numerous news organizations and newspapers throughout the tri-state area on a variety of legal issues affecting the media. She has been involved in numerous cases in which the media has intervened as amicus in significant matters before the New Jersey Supreme Court and the Appellate Division. As part of her work for the Press Association, Ms. Lowy reviews bills introduced by the New Jersey Legislature, to identify those affecting the media, and makes recommendations to the Press Association on positions to be taken with regard to such proposed legislation. She routinely drafts position papers to be submitted to legislative committees considering bills affecting the media and has testified before the Legislature regarding same. Also as part of her work for the Press Association, Ms. Lowy receives and responds to hotline inquiries from Press Association members on issues relating to, among others: access to public records; open public meetings; access to courts; court procedures; law enforcement procedures; defamation; legal newspaper qualifications; public notices and legal advertising; invasion of privacy; New Jersey Shield Law; electronic devices in the courtroom; and regulation of newsracks.

Ms. Lowy performs a significant amount of work for various newspapers in the areas of challenges to subpoenas, challenges to Open Public Record Act denials, pre-publication review of articles, and defense of defamation/invasion of privacy lawsuits. Most recently, Ms. Lowy took a leading role in litigation brought by a newspaper against the New Jersey State Police in connection with the denial of the newspaper’s government records requests for certain New Jersey gun trace information. Although the State originally took the position that none of the records requested existed, Ms. Lowy was able to establish through rigorous and intensive depositions of State Police representatives that, in fact, more than 4,500 responsive documents existed, resulting in a settlement of the case, production of the requested government records and payment of the newspaper’s counsel fees.

Prior to moving to New Jersey in 1997, Ms. Lowy practiced as a litigation attorney in Maryland and the District of Columbia handling insurance defense matters; supervising the hospital collections practice for Suburban Hospital, the designated trauma center for Montgomery County, Maryland; and working as a criminal defense attorney handling felony, misdemeanor, and serious traffic matters (juvenile and adult).

Ms. Lowy was involved in, among others, the following cases before the New Jersey Supreme Court in which the New Jersey Press Association intervened as amicus:

Ms. Lowy was involved in the redistricting arena at the congressional, legislative, and local levels. She has lectured and provided guidance and legal advice to legislators, commissioners, and others involved in the redistricting process after the 2000 decennial census. Ms. Lowy successfully argued the matter of Steelman v. Legislative Apportionment Commission on behalf of the Apportionment Commission at the trial level–a decision which was ultimately upheld by the Appellate Division of New Jersey and upon which the Supreme Court of New Jersey denied certification (176 N.J. 71 (2003)). Ms. Lowy co-authored an article on congressional Redistricting, which was published by the Seton Hall Law Review.

In addition to practicing in the areas of First Amendment and Media Law, Ms. Lowy has represented corporate and governmental entities in complex commercial and construction litigation, as well as individual clients in other areas of litigation. She has extensive trial experience and has practiced in federal and state courts in New Jersey, Maryland, and the District of Columbia.

Ms. Lowy routinely drafts position papers to be submitted to legislative committees considering bills affecting the media and has testified before the Legislature regarding same.