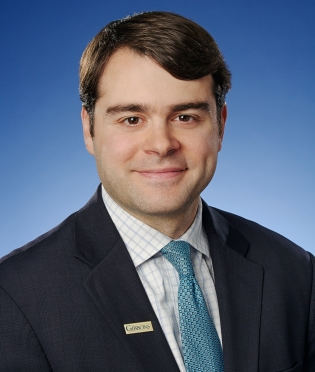 Mr. Reich is a commercial litigator whose practice encompasses a range of complex commercial matters, with a particular focus in antitrust law. Drawing on his background in economics, Mr. Reich represents clients in antitrust litigation, counsels on compliance matters arising in the restraint of trade and monopolization contexts, and guides clients through the merger review process under the Hart-Scott-Rodino Act. Outside of the antitrust context, Mr. Reich appears on behalf of corporations, individuals, and state agencies in federal and state courts, as well as in arbitrations and mediations, in matters involving contract disputes, fraud and RICO suits, and actions arising under securities and ERISA law.

For the last ten months of Governor Christie’s Administration, Mr. Reich served as Senior Counsel in the Office of Counsel to the Governor where he advised on legal, legislative, and regulatory issues related to local governments, including fire and building safety and production of housing, and elections. In that role, he interacted with legislators and met with government affairs officers and other stakeholders.

New Jersey State Board of Dentistry
Board Member

Mr. Reich joined Gibbons in 2012 from Paul, Weiss, Rifkind, Wharton & Garrison LLP, where he began his career upon graduating from law school. Prior to law school, he spent two years as a consultant at McKinsey & Company. Mr. Reich participates in the firm’s pro bono practice and was selected to the New Jersey Super Lawyers Rising Stars list for 2013, 2015, and 2016.