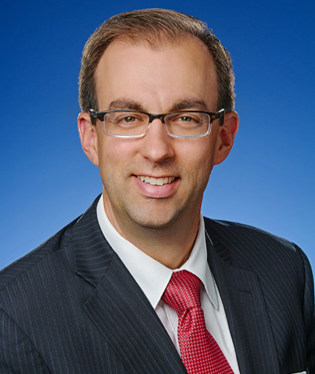 Kevin G. Walsh co-chairs the Government & Regulatory Affairs Department and is a member of the firm’s Executive Committee. He is the 2020-2021 President of the Essex County Bar Association. Mr. Walsh’s practice of law includes business litigation, government affairs, and criminal defense, overseeing a wide range of matters for clients facing critical, cutting-edge challenges and opportunities.

In addition to helping his government affairs clients navigate the channels and levers of state government, Mr. Walsh also handles a variety of matters ranging from complex business litigation to internal and government investigations, both criminal and regulatory. He regularly appears in state and federal courts in New York and New Jersey, and before New Jersey state agencies and government officials, as well as federal and state prosecutors. From 2003 to 2008, Mr. Walsh was an Assistant U.S. Attorney in the District of New Jersey, Criminal Division.

Mr. Walsh previously served as the Acting General Counsel of Seton Hall University, in addition to having represented Stevens Institute of Technology and Caldwell University in a variety of litigation matters over many years. In advising his higher education clients, Mr. Walsh has overseen complex Title IX investigations, FERPA and distance learning compliance matters, defense of employee discrimination claims, and board governance issues. Beginning in 2018, Gibbons P.C. was engaged as Special Counsel to Seton Hall University to oversee allegations of clergy sex abuse involving adult victims. During that engagement, Mr. Walsh interfaced with counsel and witnesses all around the world.

Mr. Walsh has advised clients as diverse as food preparation and delivery companies to institutions of higher education to critical infrastructure and construction companies on their workplace practices in light of COVID-19 and the corresponding stream of executive orders issued by northeast Governors.

Mr. Walsh represents clients in a wide variety of government affairs issues before state agencies and executive branch officials in Trenton, New Jersey. His clients include hospitals, electric utilities, telecommunications companies, cable television providers, insurance companies, a non-traditional medical company, accounting firms, infrastructure/architecture firms, and automobile dealers. In a span of two years, Mr. Walsh recently provided legal and strategic counseling to two separate regulated utilities in the companies’ efforts to obtain approval of corporate mergers by the New Jersey Board of Public Utilities. He also represents Verizon in a variety of lobbying and legal matters. His clients call on him regularly to solve their most troublesome issues in front of the New Jersey Departments of Environmental Protection, Health, Community Affairs, and Labor.

Calling on his experience as a former federal prosecutor, Mr. Walsh regularly assists corporations, individuals, and higher education institutions in responding to grand jury subpoenas received from the Department of Justice and various federal and state investigators, such as the Federal Trade Commission as well as Congressional Committees. He has also represented individuals in a wide range of federal and state criminal inquiries, often convincing prosecutors not to file charges. When necessary, Mr. Walsh has tried criminal matters to verdict and defended his clients in prosecutions and investigations alleging violations of:

From 2003 through 2008, Mr. Walsh served as an Assistant United States Attorney for the District of New Jersey, where he prosecuted criminal cases involving money laundering, wire and mail fraud, mortgage fraud, identity theft, and income tax evasion. For one year prior to leaving government service, Mr. Walsh was one of New Jersey’s two “CHIP” prosecutors, specifically designated to prosecute computer hacking and intellectual property crimes. He has also represented clients in connection with the IRS’s Offshore Voluntary Disclosure Initiative, which is a U.S. government program enabling noncompliant American taxpayers (many of whom possessed Swiss bank accounts or other foreign, undisclosed accounts) to resolve their U.S. tax liabilities and minimize their exposure to criminal prosecution.

Mr. Walsh also has represented clients in securities regulatory and enforcement matters, including investigations by the Securities and Exchange Commission and the New Jersey Bureau of Securities.

Scholarship Fund for Inner-City Children, Newark, NJ
Board of Trustees