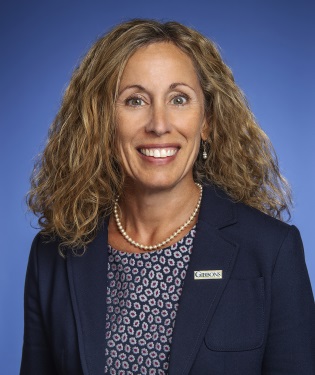 Ms. Bird counsels employers on employment and human resources issues, presents workplace training programs, conducts and assists in investigations, and litigates as necessary in these areas. Her clients range from small, family-owned businesses, hospitals, and higher education institutions to regional based companies with thousands of employees. She represents her clients in proceedings in federal and state courts, and state and federal civil rights agencies, as well as arbitrations and mediations.

As leader of the Gibbons Workplace Training Academy, Ms. Bird provides counseling services to help every client create a legally compliant workplace and a more productive and efficient workforce. She advises employers on employment and human resources issues and also trains employees on topics essential to the workplace or their particular positions. For example, Ms. Bird’s recent training sessions included a performance management session for a small team of supervisory employees, as well as company-wide anti-harassment training, using our national conversation about sex harassment as a means to engage employees in scrutiny of their own interactions.

Ms. Bird conducts investigations into allegations of misconduct involving Title VII, Title IX, and state laws, as well as workplace and student codes of conduct and policies. Over the past year, she has investigated bullying and discrimination allegations as well as human resources compliance issues.

College of the Holy Cross (B.A.)

In the past year, Ms. Bird has worked with clients ranging from small start-up businesses to well-established medical device companies, to craft and implement policies that comply with federal and state laws, including the NLRB’s recent decisions concerning protected activity. She has conducted multiple investigations into allegations of improper and unlawful workplace conduct.

Ms. Bird’s experience is enhanced by her work on the State of New Jersey Committee on Character, in which she evaluates candidates for the New Jersey State Bar and was recently appointed a Statewide Part Chair. She actively works to support the growth of women in the legal profession, by serving as co-chair of the Gibbons Women’s Initiative Events Committee and in her work for two terms as Chair of committees for New Jersey Women Lawyers Association.

Listed as a “Labor & Employment Star – Northeast” by Benchmark Litigation, 2019