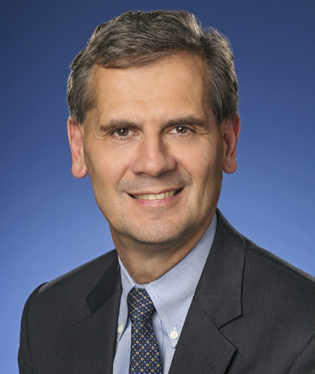 Mr. Draikiwicz, recognized in Best Lawyers® for Public Finance Law, has worked exclusively in the area of public finance since 1982. He has served in various capacities on public finance transactions undertaken by state, county, and municipal governmental entities, including serving as bond counsel, letter of credit bank counsel, underwriter counsel and trustee counsel. He has also handled a full range of tax-exempt financing transactions for governmental issuers, including general obligation bonds and notes; tax, revenue, and grant anticipation notes; revenue bonds for publicly owned facilities and other facilities.

Mr. Draikiwicz has served as bond counsel to utilities authorities for many years and is proficient and adept at structuring a range of novel and intricate project financings, as well as efficiently handling more standard ones. Through the course of his representations, he has gained insight into authorities’ long-term objectives by virtue of his trenchant understanding of county utilities authorities law, numerous face-to-face meetings with authority officials, and his hands-on approach to closing transactions on behalf of authorities.

Mr. Draikiwicz represents over 39 rural and urban communities with respect to loans through improvement authorities in conduit financings, advance and current refundings, and general obligation transactions. On their behalf, he handles and oversees the full range of issues counties require including, drafting ordinances, reviewing or preparing the Official Statement in conjunction with county officials and/or other professional service firms and, preparing the pertinent closing documents. For temporary financings, he oversees the note sale and drafts the necessary closing documents. He attends meetings, prepares applications such as those for the Local Finance Board and, completes closings.

In the last 20 years, Mr. Draikiwicz has represented investment banking firms as underwriters of approximately $6.5 billion of tax-exempt bonds. Included in this figure are approximately $900 million in bonds purchased by Advest, Inc./Raymond James & Associates, Inc. from the Monmouth County Improvement Authority in connection with various projects developed for Monmouth County and its municipalities, as well as $446,995,000 million in refunding bonds purchased by Merrill Lynch & Co. from the New Jersey Economic Development Authority in connection with the funding of current and anticipated liabilities and expenses of the New Jersey Market Transition Facility. He has also served as underwriter’s counsel to Citigroup Global Markets, Inc. for $804,435,000 revenue bonds purchased from the New Jersey Turnpike Authority in connection with refunding various portions of its outstanding debt in order to achieve significant debt service savings. His representations have involved a broad range of transactions, including variable and fixed rate obligations, demand bonds, pooled bonds, credit enhanced (insured or letter of credit supported) obligations, and current and advanced refundings.

Mr. Draikiwicz has represented numerous governmental issuers, including the State of New Jersey, various State agencies, counties and county agencies, municipalities, and boards of education, as well as a broad range of investment banking firms as underwriter’s counsel. During the course of such representations, he has worked on a vast array of tax-exempt and taxable general obligation and other financing transactions, including forward delivery transactions, variable and fixed rate obligations, demand bonds, auction rate bonds, pooled bonds, credit enhanced (insured or letter of credit supported) obligations, and current and advanced refundings. Some of these financings involved derivative and securitization aspects. He has represented some of the largest issuers in the nation, including the State of New Jersey, the New Jersey Economic Development Authority, and New Jersey Transit. He has also represented some of the largest underwriters in the nation, including Goldman Sachs, Merrill Lynch, Salomon Smith Barney, Morgan Stanley Dean Witter, and Lehman Brothers, and has prepared numerous disclosure documents on their behalf.