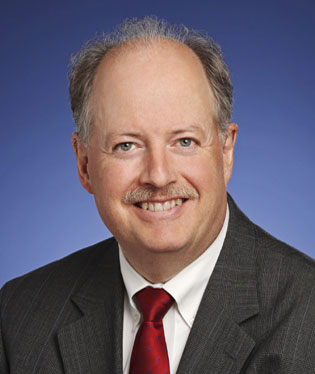 Mr. Amoresano has more than 35 years’ experience litigating and trying cases in state and federal courts. A former Adjunct Professor of Antitrust Law at Seton Hall Law School, he is recognized for the depth of his experience in antitrust litigation on behalf of both plaintiffs and defendants, having litigated antitrust matters in industries as diverse as pharmaceuticals, heavy equipment, securities trading, insurance, and more. Beyond the antitrust arena, Mr. Amoresano also brings considerable experience to bear in general business disputes of all descriptions, construction litigation, and complex litigation against the insiders of insolvent enterprises.

The particular antitrust issues that Mr. Amoresano has litigated include, among others:

By way of example, Mr. Amoresano was involved in the successful defense of a pharmaceutical company against a class action complaint alleging antitrust claims arising out of a bundled discount pricing strategy. The court’s dismissal of the complaint involved endorsing the firm’s argument on an issue of first impression in the district concerning the measure of damages in a tying case. In another matter, this time representing an antitrust claimant, he successfully dealt with the Federal Trade Commission, resulting in that agency taking action against a dominant firm that our client contended was excluding new rivals from necessary channels of distribution.

Outside the antitrust arena, Mr. Amoresano has been involved in complex litigation of every description, including multiple cases on behalf of creditors or trusts seeking to recover from corporate insiders of insolvent enterprises for fraud or other wrongs. In addition to financial and business tort cases of this type, Mr. Amoresano has significant experience in the area of construction delay litigation, having engaged in protracted litigation over a significantly delayed New Jersey bridge project, and, more recently, the defense of a construction delay claim involving the construction of the new Tappan Zee Bridge replacement.

Sheet Metal Workers Antitrust Litigation
Represented a major pharmaceutical company in defense of tying claims arising out of a bundled discount pricing strategy. Successfully had the claims dismissed based on a legal issue of first impression in the Third Circuit.

Graco Inc. v. PMC Global, Inc.
Represented PMC Global, Inc. and its subsidiaries in a matter arising out of the sale by PMC in 2005 of a spray-foam insulation equipment company to Graco Inc. Following the reentry into the spray foam equipment market by a PMC subsidiary, Graco filed suit against PMC alleging breach of contract claims and misappropriation of trade secrets. PMC filed a counterclaim for antitrust violations by Graco, alleging that Graco used anticompetitive tactics, including de facto exclusive dealerships, to suppress the new entrant’s efforts to reach the marketplace. Following PMC’s defeat of Graco’s attempt to win summary judgment dismissing PMC’s antitrust claims, PMC participated in an investigation of Graco by the Federal Trade Commission for the very same anticompetitive conduct challenged in PMC’s antitrust counterclaim. Ultimately, that investigation led to a complaint by the FTC against Graco, and a consent judgment against Graco in the FTC matter, along with a contemporaneous settlement of the litigation between PMC and Graco.

Represented a maritime company in defense of claims that a maritime accident caused significant delays to the Tappan Zee Bridge replacement project.

In re NASDAQ Market Makers Litigation
Represented National Discount Brokers in defense of multi-jurisdiction, billion-dollar class action alleging fixing of the bid-ask spread on the NASDAQ market, as well as related investigations by the SEC and Department of Justice. Negotiated settlements with the SEC and DOJ and crafted the threshold settlement with the class plaintiffs. Designed and implemented a compliance program for the client as required by the terms of the SEC and DOJ settlements.

In re DBSI: Zazzali v. Swenson, et al.
Represented the litigation Trustee for two trusts created by the confirmed bankruptcy plan of DBSI Inc. and multiple related entities. Among other things, represented the Trustee in an action in the U.S. District Court for the District of Idaho against the former DBSI insiders and others. In that action, the Trustee alleged that these insiders violated, among other things, federal RICO and securities laws in the course of an elaborate Ponzi-like scheme to defraud investors in the real estate interests and notes and bonds that DBSI marketed.

In re Twin County Grocers, Inc.
Represented the debtor-in-possession in bankruptcy-related proceedings to uncover and recover for the self-dealing of corporate insiders leading up to the bankruptcy. The litigation involved, in part, unraveling the accounting of the debtor to reveal the self-dealing. Ultimately, the insiders repaid over $22 million.