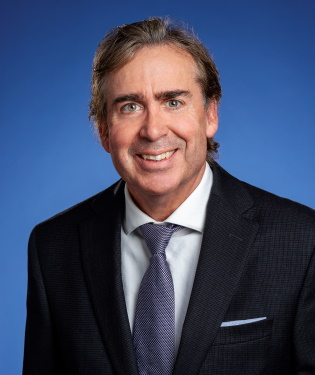 Mr. Alworth is Chair of the firm’s Commercial & Criminal Litigation Group and was twice selected, in 2022 and 2018, the Best Lawyers® “Lawyer of the Year” in his practice area for the Newark region. He regularly appears as trial counsel before state and federal courts, as well as the American Arbitration Association. Over the past decade, with a unique niche in crisis management and risk avoidance, Mr. Alworth has counseled clients in some of the most complex transactions in New Jersey, including the privatization of the Meadowlands and Monmouth Park Racetracks, risk issues surrounding the 2014 NFL Championship Game at MetLife Stadium, implementation of legalized sports betting, rebuilding of the Goethals and Bayonne Bridges, and a challenge to a $2.7 billion financing package for one of the largest public-private development projects on the East Coast. Mr. Alworth has served as lead trial counsel in business litigations throughout New Jersey, New York, Pennsylvania, Delaware, Arizona, Michigan, Wisconsin, Nevada, Virginia, and Florida. Having served as President of the Essex County Bar Association, Chair of the Equity Jurisprudence Committee of the New Jersey State Bar Association, and Vice Chair of New Jersey State Ethics Commission, he has earned the trust of the judiciary and often serves as court-appointed counsel. Mr. Alworth also presents programs for the New Jersey Institute for Continuing Legal Education on business litigation and expedited litigation topics.

Mr. Alworth has spent over 30 years at Gibbons in the Commercial & Criminal Litigation, Real Estate, and Financial Restructuring & Creditors’ Rights Groups and has an in-depth understanding of multiple practice areas and the interplay among them. Committed to the public interest and the community, he served as the firm’s pro bono coordinator for over five years and now serves as a member of the firm’s Executive Committee. He is active in several philanthropic, charitable, and athletic organizations throughout New Jersey.

Routinely involved in expedited litigation for companies, public entities, and individuals, in state and federal courts where the litigation commences with an order to show cause/request for or the defense of a temporary restraining order. For example: Pena v. New Meadowlands Racetrack LLC, 2012 U.S. Dist. LEXIS 4257 (D.N.J. Jan. 10, 2012). (Representation of New Jersey Sports & Exposition Authority in connection with a temporary restraining order involving the privatization of the Meadowlands Racetrack).

Represents employers and employees often involving requests for, or defense of, temporary or preliminary injunctions. Has served as Vice Chair of the Equity Jurisprudence Committee of the New Jersey State Bar Association (NJSBA), as a panelist on chancery litigation for the NJSBA, and on multiple ICLE seminars.

Represents numerous developers, the state of New Jersey, and other public entities on infrastructure and development projects at the Meadowlands (privatization of Meadowlands Racetrack and Monmouth Park), as well as in connection with the Bayonne and Goethals Bridges. For example: Coalition for Healthy Ports, et al. v. The United States Coast Guard, et al., Civil Action No. 13 CV 5347 (RA).

Routinely advises businesses and executives in confidential sensitive matters and, in conjunction with litigation avoidance, works with a public relations and government relations teams. Often consulted in connection with creative ways to avoid litigation and minimize risk.

Experience with will contests and guardianship issues.

IMO NJ Sports and Exposition Authority Resolution 2020-07 (New Jersey Appellate Division affirmed – A-002868-19): The Appellate Division affirmed the NJSEA’s Hackensack Meadowlands District Master Plan Update 2020, denying and rejecting all aspects a major challenge to the plan. This victory was the result of a team effort among attorneys from the firm’s Commercial & Criminal Litigation and Real Property Groups.

Lane v. Schmied: (Bergen County Chancery Division, Affirmed by Appellate Division): Obtained a ruling of no cause after trial for the defendants in this rescission/fraud complaint involving the sale of real property.