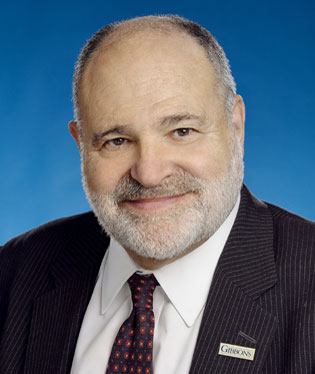 Mr. Stern completed his temporary assignment to the New Jersey Supreme Court upon reaching mandatory retirement in June 2011. Before that, he was assigned to the Appellate Division of Superior Court, New Jersey’s intermediate appellate court, from September 1985 to September 2010 and served as the Appellate Division’s Presiding Judge for Administration from 2004 until his retirement. During his judicial career, Mr. Stern authored more than 3,600 written decisions and more than 400 published opinions. Leveraging his judicial experience, he now renders opinions for clients on various issues of concern; advises on such matters as the advisability of taking appeals from trial court and state administrative agency decisions; reviews briefs and papers filed in state and federal courts; and conducts moot courts for attorneys before they argue matters in court. He also conducts mediations and arbitrations and serves as a special hearing officer in attorney discipline cases. He is on the roster of arbitrators for the American Arbitration Association.

Mr. Stern presently serves as a member of the New Jersey Supreme Court Advisory Committee on Judicial Conduct, which reviews disciplinary complaints against judges, and the Civil Practice Committee, which recommends changes to the rules of civil and appellate practice and procedure governing the courts of the state of New Jersey.  He also serves on the Editorial Board of the New Jersey Law Journal and is a frequent lecturer for New Jersey Institute for Continuing Legal Education.

Mr. Stern is on the list of arbitrators of the American Arbitration Association and the New Jersey court-approved mediators and conducts private and court-ordered mediations. He is also familiar with arbitrations and issues relating to arbitrability and review of arbitration decisions.

Mr. Stern has had a great interest in issues involving professional and judicial ethics and was on the Members’ Consultative Group of the American Law Institute’s Restatement of the Law Governing Lawyers. He lectures on ethics for the Institute for Continuing Education and serves as a hearing officer on attorney ethics and disciplinary cases commenced by the New Jersey Supreme Court Office of Attorney Ethics. Mr. Stern is also a member of the Supreme Court’s Advisory Committee on Judicial Conduct, which reviews charges of misconduct against state and municipal court judges, conducts hearings, and makes recommendations to the Supreme Court concerning the discipline of the judges.

Based on his 27 years of experience as an appellate judge who conducted oral arguments and wrote opinions, Mr. Stern discusses, with litigants and counsel, the pros and cons of filing motions for leave to file appeals from interlocutory orders and appeals from final judgments of trial courts and state administrative agencies; the issues to be raised; and how to structure a brief and oral argument on appeal. He reviews and advises on the writing of briefs and reviews briefs written by counsel inside and outside Gibbons. He also conducts and participates in moot court arguments and helps attorneys prepare for arguments in trial and appellate courts.

Council of Chief Judges of State Courts of Appeals
Co-Host of Annual Conference, 2015

Prior to his appointment to the bench, Mr. Stern was in private practice and served as First Assistant and Acting Prosecutor of Hudson County.

He also served as Director of Criminal Practice and Assistant Director for Legal Services in the Administrative Office of the Courts and worked in the Department of Law and Public Safety, where he became Deputy Attorney General in charge of Appellate Litigation in the Division of Criminal Justice and was actively involved in the drafting and implementation of the Code of Criminal Justice (Title 2C).

At Columbia Law School, Mr. Stern had served as a student assistant in the drafting of the first edition of the Clark, Murphy and Lusky casebook, Gratuitous Transfers, which was published by West Publishing Company in 1967. He then practiced law in Newark, concentrating in trusts and estates and taxation, following his appellate clerkship. After serving in private practice, which included defense work in federal and state criminal prosecutions, Mr. Stern became First Assistant Prosecutor and Acting Prosecutor of Hudson County, New Jersey, after which he became Director of Criminal Practice in the Administrative Office of the Courts. There he was in charge of designing a case tracking/case monitoring system to assure the timely movement and disposition of criminal cases and reviewing the Rules of Court governing criminal, juvenile, and municipal court practice. He served as the chair of the Supreme Court’s Special Task Force assigned to review the juvenile court system, including public access to the juvenile matters.

In 1977, Mr. Stern moved to the Attorney General’s office, where he served twice between 1977 and 1980, and became Deputy Attorney General in charge of Appellate Litigation in the Division of Criminal Justice, working on matters in the state and federal appellate courts. He was also designated by the Attorney General to serve as liaison to the judiciary in drafting and proposing legislation and amendments to court rules necessary to implement the constitutional amendment of 1978 and other law enforcement initiatives. Mr. Stern was one of two Deputy Attorneys General assigned to review and propose the 1979 amendments to the Code of Criminal Justice enacted in September 1978, and to implement an educational program after its enactment. He was in charge of developing judicial education and drafting the necessary amendments to the Rules of Court for consideration by the Supreme Court’s Criminal Practice Committee and the Supreme Court.

In early 1980, Mr. Stern returned to the judiciary to develop a criminal speedy trial initiative, to help design the 1980 judicial conference devoted to that initiative, and to work with the Speedy Trial Coordinating Committee chaired by Chief Justice Robert Wilentz. Mr. Stern was designated as Assistant Director of the Administrative Office of the Courts for Legal Services, overseeing the staff work of all Supreme Court committees and reviewing their reports and recommendations. He reviewed and wrote official commentaries for court rule amendments and amendments to the rules of evidence, and he prepared forms and manuals for judges. Mr. Stern also served on the Committee on Opinions, which approved opinions for publication. He was designated by the Supreme Court to represent the Court in a lawsuit, In Re Sackman, 90 N.J. 521 (1981), which dealt with the requirement of New Jersey attorneys to have offices in New Jersey.

Mr. Stern was appointed to the bench in late 1981 and sworn in as a Superior Court Judge on December 18, 1981. He remained in the Administrative Office of the Courts until April 1982, when he commenced judicial service and was assigned to sit in Hudson County. He moved to Essex County in September 1982 and tried matters there until the fall of 1985. He was designated as one of the two judges assigned to try the first capital cases after the death penalty was reinstated that year.

In September 1985, Mr. Stern was assigned by Chief Justice Wilentz to the Appellate Division of Superior Court and was designated its Presiding Judge for Administration by Chief Justice Poritz in 2004. He served in that capacity until reaching his mandatory retirement age of 70 in June 2011. He also temporarily served on the New Jersey Supreme Court from September 2010 until his retirement in June 2011.

As a judge, Mr. Stern wrote more than 450 published opinions, including 42 concurring opinions and ten dissents. He also served from 1986 to 2011 as Chair of the Supreme Court’s Criminal Practice Committee, which made recommendations concerning the rules governing practice in, and administration of, the criminal courts. In addition, he served on the Supreme Court’s Evidence Committee, as judicial representative on the Commission on Professionalism in the Law, and as the Chief Justice’s designee on the Sentencing Commission. During this time he also wrote many articles, gave various lectures, and was active on the Council of Chief Judges of State Courts of Appeal, for which he served on its Executive Committee and as Chair of the Administration of Justice Committee.

Since joining Gibbons, Mr. Stern attended the Center for Dispute Resolution’s Course on Mediation in Washington, D.C. and was added to the roster of attorneys doing court assigned mediations in New Jersey. He served as a member of the New Jersey Supreme Court Civil Practice Committee, which reviews and makes recommendations for changes to the rules governing civil and appellate practice, and a member of the Supreme Court Special Committee, which reviews the Rules of Professional Responsibility. He is presently a member of the Supreme Court’s Advisory Committee on Judicial Conduct, which reviews and makes recommendations with regard to complaints filed against judges, and the Chief Justice’s designee on the Criminal Sentencing and Disposition Commission. He is also on the ALI Regional Advisory Group for Region 3, which covers the Third Circuit. Mr. Stern serves as a special ethics master, hearing disciplinary complaints filed against attorneys, and continues to lecture for the Institute of Continuing Legal Education, state bar associations, and various law schools, including Rutgers and Seton Hall Law Schools, on issues concerning criminal and appellate practice and the rules and cases governing attorney ethics.

Recipient, the Honorable Lawrence A. Whipple Memorial Award from the Association of Criminal Defense Lawyers of New Jersey, May 2014

Over the course of his judicial career, Mr. Stern – who retired from the bench after completing a temporary assignment to the NJ Supreme Court – authored more than 3,000 opinions, with more than 400 of those published.