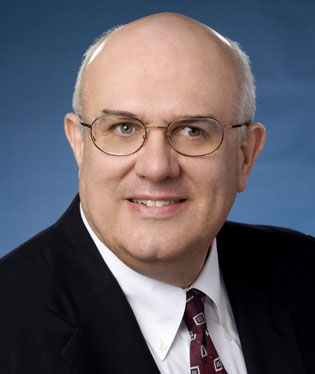 Mr. Crapo has extensive experience in the fields of bankruptcy, debtor/creditor law, commercial law, and equipment leasing. He represents debtors, secured lenders, creditors, landlords, governmental entities, non-debtor licensees of debtor’s intellectual property, bidders at bankruptcy sales, and trustees and other fiduciaries. His experience includes the negotiation and preparation of loan agreements and pleadings in connection with debtor-in-possession financing and/or use of the cash collateral of financial institutions and other lenders, as well as the analysis of commercial, corporate, and municipal bond transactions to assess bankruptcy and insolvency-related risks and to make recommendations for minimizing those risks. Mr. Crapo has also drafted numerous insolvency-related bankruptcy opinions in connection with corporate and municipal bond transactions and has authored and co-authored many articles on bankruptcy-related subjects.

Mr. Crapo, who holds an LL.M. in Health Law and Policy, also represents hospitals and other institutional healthcare providers, medical practices, lenders, bidders, insurers and insurance agencies, employers, and a pharmacy chain in connection with healthcare issues. His experience includes:

He was awarded the designation, Certified International Privacy Professional – US. He has written and spoken extensively on healthcare related issues, particularly in the area of data privacy and security. He has also edited the newsletter of the Health Law Committee of the American Bankruptcy Institute.

Representation of Parties in Healthcare Matters

Mr. Crapo represents hospitals and other institutional healthcare providers, medical practices, secured creditors, potential purchasers, insurance agencies, employers, and a pharmacy chain in connection with healthcare issues. He prepares and revises such healthcare related documents as medical staff bylaws and Medicare Advantage provider agreements. He counsels clients on issues concerning the Anti-Kickback Statute, the Stark Law, and the Affordable Care Act and analyzes proposed transactions in light of those laws, and he assists in structuring those transactions to comply with these laws.

Combining his two main areas of experience, Mr. Crapo has represented creditors in healthcare bankruptcies–the potential purchasers of assets of health care related entities and a pharmaceutical company–in obtaining the return of property from a debtor who had conducted clinical trials.

Mr. Crapo represents individual and corporate debtors and fiduciaries in both chapter 11 and chapter 7 bankruptcy cases. In doing so, he has drafted and negotiated plans of reorganization (as well as exit financing agreements) and financing and cash collateral agreements, and he has prosecuted avoidance actions.

Mr. Crapo represents equipment lessors in various bankruptcy and insolvency-related proceedings, defending their claims and defending them against claims by debtors or trustees. He also analyzes equipment leasing transactions to determine whether they constitute “true sales” and has issued numerous “true sale” opinions.

Mr. Crapo analyzes complex commercial, corporate, and municipal bond transactions to assess bankruptcy and insolvency-related risks, including the potential effect of chapter 9 of the Bankruptcy Code on those transactions. He has drafted and issued numerous opinions in connection with those transactions.

United States District Court for the Northern District of Texas

United States District Court for the Southern District of Texas

United States Bankruptcy Court for the District of New Jersey

United States Bankruptcy Court for the Northern District of Texas

United States Bankruptcy Court for the Southern District of Texas

Serving as Consumer Privacy Ombudsman in the Things Remembered Bankruptcy

Serving as counsel to Hon. James R. Zazzali (ret.) in his capacity as Independent Trustee for International Academy of Trenton Charter School

Appointed as Patient Care Ombudsman in the Chapter 11 bankruptcy case filed by North Philadelphia Health System (“NPHS”) in the United States Bankruptcy Court for the Eastern District of Pennsylvania. NPHS operates behavioral and mental health facilities in an underserved and disadvantaged section of Philadelphia.

Service as Patient Care Ombudsman for the skilled nursing and assisted living facilities operated by Hebrew Hospital Senior Housing, Inc., which is currently a debtor in a bankruptcy case pending before the United States Bankruptcy Court for the Southern District of New York.

Representation of the Patient Care Ombudsman in the St. Francis Hospital Poughkeepsie bankruptcy.

Represented (2008 – 2011) a Merrill Lynch commercial financing company, a secured creditor, in the chapter 11 bankruptcy of In re New York Home Health Care LLC, et al., a group of affiliated businesses that provide equipment used in home healthcare. The case involved vigorously contested litigation concerning the relative priority of lien claims of various creditors to the debtors’ assets (particularly accounts receivable) and claims objections by the debtor. A plan of reorganization providing for payment in full of secured claims and the payment of a substantial dividend to unsecured creditors was confirmed. The case raised significant issues in both healthcare and bankruptcy law.

Successfully defended a Federal Home Loan Mortgage Corporation in an avoidance action by a bankrupt mortgage broker, In re LiTenda Mortgage Corp., 246 B.R. 185 (Bankr. D.N.J. 2000). This ruling was upheld, on appeal by the District Court and the Third Circuit in unreported opinions.

Represented the debtor In re Route 37 Associates, 987 F.2d 154 (3rd Cir. 1993), holding that a debtor may not segregate the unsecured deficiency claim of a mortgage from other general unsecured claims to create a friendly class of creditors to vote to accept a plan.

Substantially updated the HIPAA privacy and security manuals and prepared a Breach Notification Rule manual for a chain pharmacy and prepared similar manuals for an insurance agency that places and administers health insurance policies.

Reviewed and analyzed a proposed acquisition by a multi-specialty physician group of another physician practice group to ensure compliance with the federal Anti-Kickback Statute and the Stark Law.

Analyzed the bankruptcy implications of the restructuring of a $121 million leveraged buy-out (LBO) of Simplicity Patterns Co., Inc., on behalf of Midlantic National Bank (now PNC Bank, N.A.), a participant in the LBO financing.

Provided bankruptcy and insolvency-related opinions in connection with public financing transactions for: