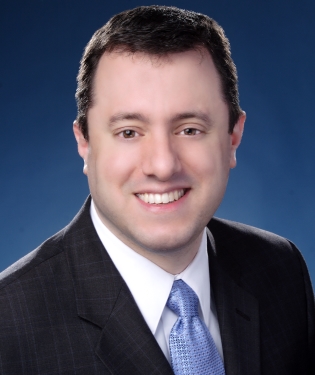 Mr. Santomauro is an experienced litigator who concentrates in construction matters and defense of consumer class actions. As Team Leader of the firm’s Construction Law & Litigation practice, he has a wide range of experience representing clients in the construction industry. Mr. Santomauro is able to advise designers, contractors, and owners on issues that arise during projects, from procurement to completion, and to vigorously represent clients in litigation and alternative dispute proceedings when disputes occur. In addition, he defends clients in class actions involving diverse state and federal consumer protection statutes, such as the New Jersey Consumer Fraud Act (CFA); Telephone Consumer Protection Act (TCPA); New Jersey Truth-in-Consumer Contract, Warranty and Notice Act (TCCWNA); New Jersey Gift Card Act (GCA); and New Jersey’s Retail Installment Sales Act (RISA). He has a vast bank of knowledge with which to advise clients confronted with potentially crippling exposure. Whether providing advice to a client on a troubled construction project in an effort to avoid litigation, or defending a business confronted with significant class action claims, Mr. Santomauro works to address the client’s specific needs and to effectively and efficiently resolve the dispute.

He previously served as Senior Counsel to the Governor of New Jersey. In that capacity, Mr. Santomauro advised the Governor on various legal, legislative, and regulatory issues in the areas of construction law, consumer affairs, local government, affordable housing, election law, and legalized gaming, and he represented the Governor in meetings with legislators, government affairs professionals, and interested parties on these issues. He also interacted with, and provided assistance to, state departments, divisions, and commissioners, on a number of important legal and policy matters impacting the state and worked with the Office of the Attorney General in connection with significant state litigation.

Mr. Santomauro has authored numerous articles addressing issues important to clients in the construction industry, as well as businesses and practitioners confronting class action claims. He has also spoken on these topics in a variety of settings, including speaking engagements with the American Bar Association, New Jersey State Bar Association, and New Jersey Institute for Continuing Legal Education.

The components of Mr. Santomauro’s practice include:

Counseling on Distressed Projects: Counseling clients on troubled private and public projects with respect to dispute resolution and litigation avoidance; representing clients in negotiations regarding payment and performance disputes, construction delays, and changes to the contract.

Litigation: Representing owners, contractors, subcontractors, and suppliers in connection with litigation in state and federal courts both at the trial level and in appellate courts, as well as in alternative dispute proceedings such as arbitration and mediation, in construction disputes relating to contractor formation, construction contracts, change orders, payment issues, liens, construction defects, design defects, changed conditions, delay and acceleration claims, and termination.

The components of Mr. Santomauro’s practice include:

Class Action Litigation: Representing companies in state and federal courts at both the trial level and in appellate courts in defense of class action claims under a wide variety of federal and state consumer protection statutes, including a number of state consumer fraud and unfair and deceptive practices statutes.

Mr. Santomauro directs the firm’s recruiting and professional development initiatives, which include the elimination of the firm’s summer associate program in favor of the recruitment of lawyers who had completed judicial clerkships. By recruiting these attorneys who hold the “keys to the courthouse,” the firm is able to deliver immeasurable benefits and tremendous value to its clients. Under this policy, the firm has recruited more than 60 former judicial clerks, and today, the firm boasts more than 100 former judicial clerks among its ranks. These lawyers provide clients with valuable, firsthand insight into the practices and preferences of specific judges, in addition to well-developed knowledge of courthouse procedures.