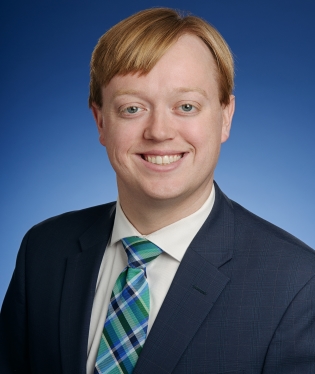 Mr. MacLeod regularly represents developers of industrial, commercial, and residential projects throughout the state of New Jersey as part of the land use and redevelopment process. His practice has a particular emphasis on addressing affordable housing issues and land use/zoning litigation.

He works with clients to design and execute permitting plans that limit risk and time in the permitting process. Often, this requires securing redevelopment designations, preparing favorable redevelopment plans or plan amendments, negotiating and securing financial agreements and PILOTs, or rezoning a property, in addition to guiding applications for development before the municipal planning or zoning boards. Mr. MacLeod regularly appears in front of planning and zoning boards on behalf of residential and mixed-use developers, nonprofits, commercial and industrial developers, corporations, and business owners throughout New Jersey.

He is also experienced in land use and property litigation, having represented property owners and trade associations in prosecuting and defending challenges to local land use approvals and regulatory actions by municipalities, including declaratory judgment and constitutional compliance litigation related to affordable housing issues, actions in lieu of prerogative writ, quiet title actions, and actions for discharge of deed restrictions and restrictive covenants. In addition, he has been involved in briefing on behalf of the New Jersey State Bar Association before the Appellate Division and Supreme Court of New Jersey in significant matters related to land development in New Jersey.

He has also shepherded applications through the low-income housing tax credit (LIHTC) process and regularly advises developers and investors regarding developments and projects involving both competitive and non-competitive credits.

Mr. MacLeod has particular experience in guiding developers and purchasers through the redevelopment process in New Jersey, having worked with redevelopers on many of the following types of issues:

Mr. MacLeod has garnered experience in guiding and managing large-scale infrastructure and utility projects, requiring timing and consideration of issues related to utility and pipeline easements; relocation, acquisition of necessary rights of way, or other property interests; and risk limitation over the lives of such projects. As part of these projects, Mr. MacLeod has built experience with permitting before agencies at the local, county, and state levels, including the negotiation of developer agreements, as well as working with a variety of utility providers to relocate existing or construct new infrastructure.