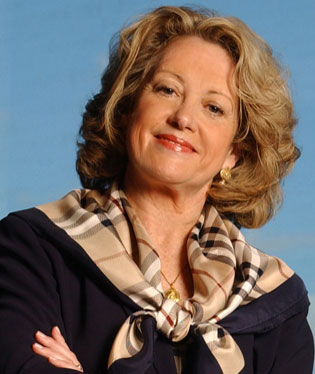 Listed for the past nine years as one of the country’s top ten tax lawyers by United States Lawyer Rankings, Ms. Halchak is also regularly selected in at least four categories in Best Lawyers®. She is also regularly selected to the New Jersey Super Lawyers list in the Mergers & Acquisitions category. Her practice is principally transactional, with a concentration in the areas of mergers and acquisitions, corporate governance and compliance, leveraged leasing, corporate, and compensation counseling. She handles a wide variety of business transactions, including U.S. and foreign multi-party acquisitions, divestitures, and financings. Ms. Halchak also has significant experience counseling public and private companies, and their Boards of Directors, on governance and regulatory matters, and structuring compensation packages including tax-deferral structures, equity and equity-based incentive plans, and other benefit plans, and executive and employer protections on a change of control.

Ms. Halchak has an extensive practice in the areas of mergers and acquisitions, joint ventures, leveraged leasing and divestitures, representing a diverse range of domestic and international clients from early stage and mid-size to larger multi-nationals. She has significant experience leading multi-disciplinary attorney and business teams in structuring, negotiating, and closing these complex business transactions. In some cases, the clients engaged in these transactions are the same clients that Ms. Halchak has counseled for many years on all aspects of their businesses (See, Ongoing Business Counseling, below). She is highly respected for her in-depth understanding of each client’s business model and strategy. This makes her a critical player in each of these transactions from their early stages through the post-closing integration process.

Board of Directors Counseling and Special Committee Engagements

Ms. Halchak counsels companies and their Board of Directors on the full range of governance issues, including fiduciary duties, risk management, conflicts of interest, and legislative and regulatory compliance. She has been engaged by Boards and their special committees to provide counseling in connection with investigations of potential defalcation of senior management as well as irregularities in corporate practices of target entities. She also counsels Board, Board committees and senior management regarding a broad range of matters, corporate governance, disclosure and regulatory matters as well as on structuring compensation packages, including tax-deferral structures, equity and equity-based incentive plans, and other benefit plans and executive and employer protections on a change of control.

Ms. Halchak acts as “in-house” counsel for numerous clients on a broad range of corporate and transactional matters and issues critical to their day-to-day operations, including contract preparation, negotiation and review, tax, real estate, and employment. In connection with this representation, she directs and supervises numerous attorneys from many practice areas throughout the firm. She developed a niche practice as “general counsel” for many privately-held companies with annual revenues ranging from $100 million to $600 million, in connection with all company matters, including corporate, governance, mergers and acquisitions, lending, employment, environmental, and real estate, often beginning this representation in the very early stage of a company’s development and continuing through the successful execution of the appropriate exit strategy.

From 2000-2009, Ms. Halchak was a member of the Boards of Attorneys’ Liability Assurance Society, Inc. and Attorneys’ Liability Assurance Society Ltd. (Bermuda) (collectively, “ALAS” or the “Company”). ALAS is the world’s largest lawyer-owned mutual insurance company, with a membership of 245 firms and approximately 59,000 lawyers headquartered in 46 states and the District of Columbia. The Company was founded in 1979 to provide quality law firms with a stable source of insurance coverage and a level of service that they could not find in the commercial marketplace. Today, the Company has total assets in excess of $2 billion. During her tenure on the Board, Ms. Halchak was a member of its Audit Committee, which she chaired, as well as its Nominating, Compensation & Governance Committee. She assisted with Sarbanes-Oxley compliance, Board and individual director evaluations, director selection, and compensation. Ms. Halchak is an alumna of the DirectWomen Board Institute, one of only 20 women chosen in 2008. An initiative of the American Bar Association and Catalyst, DirectWomen is the only program specifically designed to identify, develop, and support a select group of accomplished women attorneys to provide directors needed by the boards of publicly-held U.S. companies. The group works to increase diversity on corporate boards by providing qualified women as candidates to leaders in the business world. Ms. Halchak continues her important work relating to corporate boards as a member of the Advisory Council of the National Association of Corporate Directors’ New Jersey Chapter.

GRC Merlin Holdings, Inc. to TUV SUD AG: Ms. Halchak led the Gibbons team in its representation of shareholders in connection with the sale of the world’s leading independent risk and property-loss control consulting company. The Gibbons team advised through all stages of the complex sales process, which included an initial marketing phase, negotiations with multiple interested parties, identification of preferred bidders, and simultaneous negotiation of documentation with each bidder before selecting, and finalizing the deal with TUV SUD.

Sale of Commercial Printer to Largest Competitor: Ms. Halchak led the Gibbons team in the sale of one of North America’s premier commercial printers to the largest competitor in the New York metropolitan market. The Gibbons team led negotiations and structured and directed the transaction. The transaction created the country’s largest privately held graphic communications facility solely dedicated to serving the high-end commercial printing market with the broadest range of solutions and services available in the industry.

New Jersey Transit Corporation (NJT): Gibbons has served, since 1996, as Special Lease Counsel to NJT and, in this capacity, has represented NJT in the sale/leaseback and lease/leaseback (both U.S. and cross-border) of locomotives, rolling stock, buses, bus facilities, and qualified technological equipment. Ms. Halchak has led this representation.

For many years, Ms. Halchak has lead the representation of NJT and other governmental entities in their domestic and cross-border leasing program. During this representation, Ms. Halchak has negotiated and closed multi-party sale and leasing transactions in the United Kingdom, Germany, France, and Sweden involving international investors and financial counterparties. These transactions involve multiple parties (foreign and U.S.) tiered payment undertakings and cutting-edge financing and defeasance structures.

Since the beginning of the 2008 credit crisis, we have been working closely with NJT to respond to demands made by various investors in its leasing transactions. A number of these transactions involve American Insurance Group (or one of its affiliates) (“AIG”) as credit enhancement provider. AIG’s involvement was limited to providing a financial guaranty of certain amounts that would become due from NJT under these leases. The financial guaranty provided by AIG consisted of either a letter of credit, a payment undertaking agreement, or a traditional guaranty. When AIG’s credit rating was downgraded, a number of the large financial investors demanded action by NJT to address the consequences of AIG’s downgrade, which in some instances required NJT to replace the collateral/credit enhancement provided by AIG with substitute collateral or a financial guaranty backed by a higher rated entity.

Our work has included analyzing the applicable provisions of the documents, identifying NJT’s exposure, and counseling NJT with respect to its response and its options. In some cases, this work has entailed making demands on AIG, as a result of its downgrade, and negotiating, under tight timeframes, the terms and documents pursuant to which AIG, as credit enhancement provider, would post additional collateral that was then pledged to the investors (including custody agreements, account pledge agreements, and opinions of AIG counsel). In other instances, we have analyzed and evaluated proposed alternative financial products that could be used to replace AIG products. We have also considered potential amendments and restructuring of various aspects of certain existing leases and have engaged in discussions to facilitate a change in the law to address the unforeseen problems that arose as a result of AIG’s downgrade.

In addition to the representations described above prompted by the AIG downgrade, we also counseled NJT in the termination of certain equipment leases in which affiliates of Royal Bank of Scotland and the Bank of New York were investors as well as the termination of a lease of the automatic fare collection network involving an affiliate of Sumitomo Mitsui Banking Corporation. We also represented NJT in connection with the downgrade of Assured Guaranty Municipal Corp. (“AGM”), as successor to Financial Security Assurance, Inc. AGM was the strip surety provider in two leasing transactions in which an affiliate of Wells Fargo is the investor. We are also representing NJT in the termination of four bus garage leases involving an affiliate of EntreCap.

Named to the 2008 Class of the DirectWomen Board Institute

Named as one of the “The Most Powerful Women in New Jersey Business,” by the Star Ledger, September 17, 2006